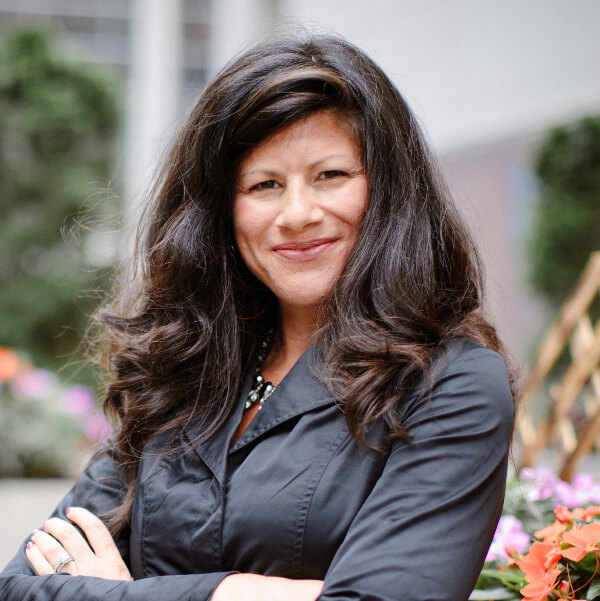 Life Coach Path and the National Coach Academy are conducting a Coach Interview Series showcasing professional coaches from all across the country and from all different backgrounds and specializations. The purpose of the series is to provide a window into the world of coaching and to show aspiring coaches what this career entails and looks like in the real world.

Today we are interviewing Carin Rockind. Carin is a Speaker, Author, and Coach based in Narberth, Pennsylvania. She is the founder of PurposeGirl.

NCA: Can you describe your coaching practice and the kinds of clients you typically work with?

Carin: My purpose in life is to empower as many women as I can to love themselves and live their purpose and go for their true dreams in life. My coaching practice combines individual coaching, group coaching as well as speaking.

I was just a keynote speaker at Amazon’s International Women’s Day conference. I’ve done it for Capital One and for a number of different companies. I take women on retreats all over the world, getting out of their environment in order to really get into themselves and clear on who they are and allow them to have that time and space to really thrive and shine. I’ve been able to combine everything I love from speaking to teaching to coaching and then travel.

I also do coaching through podcasting. I started a podcast about two years ago and it’s given me the opportunity to empower women all over the world. It’s been absolutely incredible. I also started a global not-for-profit event that empowers women’s happiness.

NCA: What initially got you interested in pursuing this career path?

Carin: I was that little girl that pursued the perfect life—get married to someone tall, dark and handsome, get a house, get a Golden Retriever, etc. I had all that by the time I was 24 — the Golden Retriever and Thanksgiving dinners and the whole thing — and I was really unhappy. I thought I did everything I was supposed to do. What did I do wrong? I ended up getting divorced at 26 and started my journey by asking myself, “If that didn’t make me happy, what would?”

One of the things I did was try to really listen. Anything I heard that excited me I started paying attention to and doing. I started volunteering with a Jewish teenage youth group — the same youth group that I had been in when I was a kid. Being with these girls brought me to life, and in them, I saw myself. They were so excited about the future, but also many of them felt bad about themselves. Were they skinny enough, pretty enough, smart enough? Their parents wanted them to be lawyers but they wanted to be artists. I found this real love of connecting with them and empowering them to be who they were. It’s really who I always was.

At the same time, I started communicating with other young, divorced women. The next thing you know, they made me the group leader because I was the cheerleader of the group. “You can do this. You can get through this.” [laughing]

My side life became all about empowering women and girls. I felt so alive. I felt so happy, so fulfilled. I recognized that that happiness was deeper happiness. It was purpose. I knew I wanted that to be my full time career. I would empower every woman to live her purpose.

Learning how to do that was a totally different story. From the time I realized it until I actually started doing it was eight years and those eight years was because I couldn’t figure it out. This was a long time ago. I had never really heard of coaching. I didn’t want to be a therapist. I wanted to be a motivational speaker, but the only ones I knew were Tony Robbins or Oprah. How do you become Oprah? It was too much. I had a book rejected by one agent and then I gave up because I felt so rejected. Long story short, it led me to be severely depressed where I was taking lots and lots of medication.

One day, my psychiatrist, who I was begging for more medication, said, “Carin, you don’t need more medication. You need to start following your dreams.” She was awesome. One by one, I started knocking off other dreams—things I hadn’t done in my life like traveling abroad for a month and running a marathon. The one thing I hadn’t done was pursue this career because I was so afraid. At that point, I was the vice president of marketing. I was making six figures. I was really well known in my community. I was doing well.

One day, about 10 or 12 years ago, I was walking home from a bad blind date late at night and I went to put my key in my condominium door and a young man snuck up on me and pulled a gun. I was on the ground, screaming, begging for my life saying, “Please don’t hurt me.” In that moment, I realized I was going to die without ever pursuing this dream. I made myself a promise that if I lived, I would pursue my purpose no matter what.

It’s a big thing for me. I don’t want other people to end up with a gun to their head or with cancer because too often, it’s some sort of crisis like coronavirus that makes someone pursue their purpose. I get why it does. I had figured out what I wanted to do, but it was only then that I realized that life was short and the fear of never pursuing my dreams was worse than the fear of being rejected.

A big thing I teach is how to turn pain into purpose. When I was 17, I was in a physically abusive relationship. Then it was this gun robbery. I’ve also had two miscarriages. In fact, today I’m teaching a webinar on how to turn this crazy time into a powerful purpose because I think that that’s what we’re made for.

NCA: In working with your clients today, what would you say is the most rewarding part of that process and on the flip side of that, what is the most challenging aspect of the work that you do?

Carin: The most rewarding part of coaching, by far, is seeing a client really go for it. I have a client who through our work discovered she really wanted to make a difference with underserved populations and started volunteering with Planned Parenthood. She became so passionate about it that with zero experience, she ended up becoming the director of Planned Parenthood in Alabama. Whatever your political views are, that’s still pretty impressive.

It’s seeing a woman really thrive, really follow her heart, follow her passion no matter what. Other people thought she was crazy. She was working for her dad’s business. She had plenty of money. Seeing a woman really go for it and thrive is what makes it all rewarding, whether it’s seeing clients finally write their books or start businesses or working on their marriages. That is where it’s at for me.

One of my clients showed up to our session in a tiara and a pink tutu. We had worked on what her purpose is and she decided, “I am here to be an entertainer and to really teach kids and teach moms.” We’ve developed this character for her and—in the worst of times with the coronavirus pandemic—she showed up in this character on our call. It was so great and then we danced to “This Girl Is On Fire.” That’s what we should be doing right now. That gets me going.

The most challenging part, honestly, is probably what every coach says: the marketing.

One of the things I do is teach other women how to start businesses. I am not a business coach, but I do it for women specifically around purpose. They want to take their purpose to the world and be able to share their gift in a way that people hear it. That part can get exhausting and wear you down. It takes commitment to your purpose and not seeing it as marketing, but rather, seeing it as sharing your passion.

Marketing is the biggest challenge, but it’s like anything. You have to keep your spirits up when you are giving your heart and soul. People will reject you. It takes time.

NCA: One of the most common challenges new coaches face is self-doubt. Some coaches call it Imposter Syndrome, where early on they feel somehow inadequate to take on the role of coach. What is one piece of advice that you would give to somebody who is in the beginning stage of their coaching career and dealing with these doubts in their mind?

Carin: Amy Cuddy has a brilliant TED talk where at the end she’s talking about one of her students who doesn’t speak up in class. She pulls the student aside because she recognizes herself from her younger life in her.

I find that so powerful. I saw that TED talk well after I had started my business. It’s literally what I did.

Number two is doing the mindset work every day. Whatever tools we give our clients, we’ve got to use them ourselves every day. I do mindset work every day, where I will write down if I have been having fears. I work with them, I flip them and often I still have them. I don’t care that I’ve been doing this for eight years and have a successful business — it doesn’t matter. I’m still human and I still have the same fears as everybody else. I teach clients a number of different things to do.

With that purpose, let it be bigger than that doubt and fear and keep showing up and keep giving because whatever you give is better than what your client has. Is it perfect? I don’t know. There is no perfect, but keep showing up, even if you have to fake it until you become it.